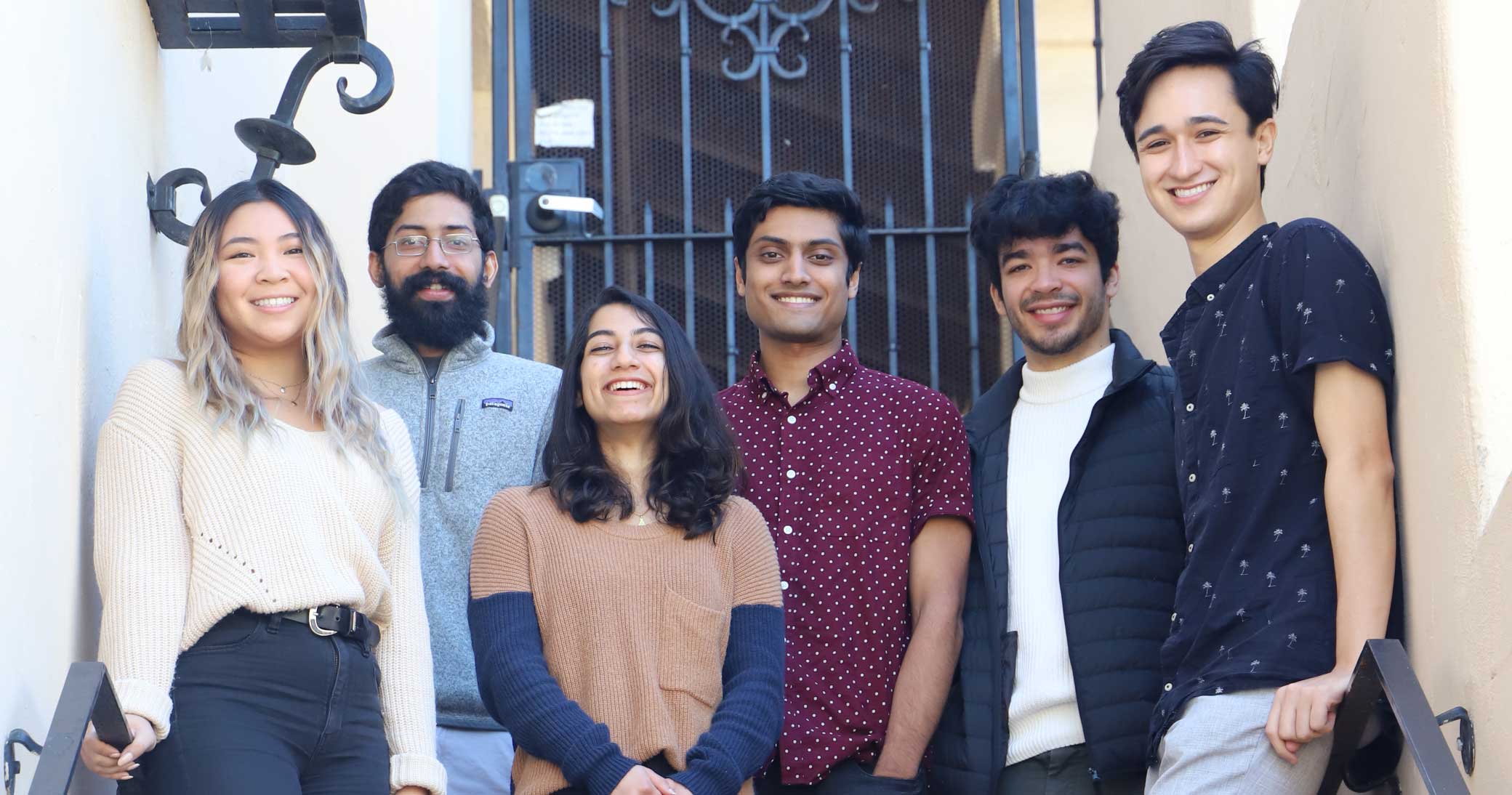 Telemedicine is a lifesaver when you have the flu. Or an ear infection.

But what about when you need physical therapy? Or if you don’t speak the same language as your virtual doctor?

The limitations of telemedicine were at the heart of a Capstone Project completed by a team of UCSB seniors under the direction of WELL Health. The team included Ekta Shahani, Aditya Nadkarni, Michelle Nguyen, Chris Lianides, and Terrell Marshall. Software engineer Anav Sanghvi and software architect Brendan Haverlock supervised the team.

Designed over the course of two quarters, the “Apollo” project was designed to augment the patient experience of virtual doctor appointments with a telemedicine app to make them as effective as in-person visits.

One of Apollo’s key features is its ability to conduct physical therapy appointments virtually through augmented reality. Here’s how it works:

The doctor and patient initiate the video visit as usual. The doctor leads the patient through a series of physical therapy exercises. As the patient moves their body, AR senses when the patient moves correctly. The patient sees a figure on the screen of the telemedicine app indicating the changes needed to accomplish the exercise correctly and receives a cheerful “ding” when they get it right.

Marshall had a personal motivation for helping to develop the feature. “My mom has a lot of chronic pain. She needs a lot of physical therapy,” he said. However, the nearest provider is 30 minutes away. “I resonate with the ability to actually bring physical therapy into the home.”

Sanghvi said the Apollo telemedicine app has the potential to improve access to care to a much wider array of health services than previously available.

“The UCSB Capstone team has been a pleasure to work with,” he said. “They showed a lot of passion in building a great healthcare application. They ramped up on complex healthcare workflows quickly. And they dug deep into identifying healthcare pain points and built a great application to address them.”

Apollo also provides live translation to enable virtual visits between a provider and patient who don’t speak the same language.

Ndkarni had particular interest in building the live translation feature. He saw its application improving access to care not only in the United States but also globally.

“My grandparents struggled to speak English, so when they talk to a doctor, they can’t express what they’re feeling very well,” he said. “Being able to speak in your native language to a doctor and have it translated is pretty cool for them.”

Nguyen said daily Capstone meetings instilled discipline into the team that will serve them well in the future. “Being ready for those meetings, we have to keep ourselves accountable,” she said.

Shahani agreed. “I think there were some development tests that a lot of us had never done before, so we weren’t really sure how much time to set aside for it,” she said. “So that’s been a big learning process, and it’s been easier and easier for us to actually predict these things now.”

As for working for a startup after graduation, the fast-paced nature was admittedly intimidating to the team but exciting at the same time.

“I’m a massive fan of the small team startup environment because you’re basically navigating these areas that people haven’t navigated before and no one really has all the answers to everything,” Marshall said.

On Wednesday, March 11, 2020, the team will present its project at summit.cs, an event hosted by the UC Santa Barbara Computer Science Department. The all-day event will bring together current and former students, faculty, and industry partners. ♥