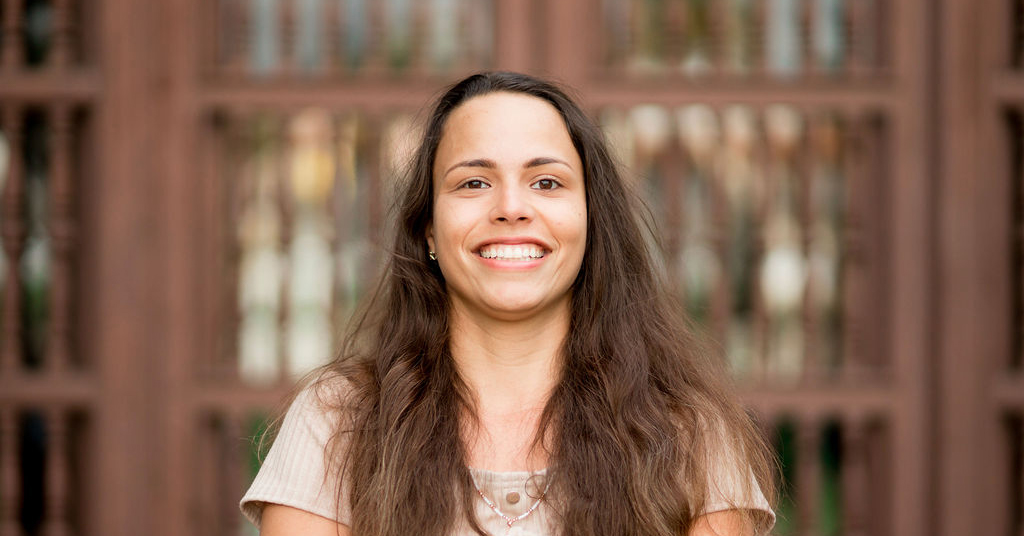 She opened up with us about where this passion comes from, what she does when she’s not working, and how she launched a thriving healthcare initiative in Panama.

You grew up in Panama, what brought you there and now back to the United States?

When I was two, I moved to Panama and was raised there by my grandmother. At 14, when I was approaching high school, my family and I decided it probably made sense for me to return to the US. I had to adapt to the language, to the culture, to the food, and to the weather. For the first time I saw snow. That was challenging but exciting at the same time because I was constantly learning and life became like an adventure.

What did you do before WELL? 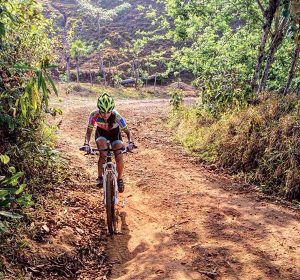 My educational background is in biomedical engineering. I went to North Carolina State University where I was introduced to the blend of technology and biology. I was really passionate about finding work that combined both fields. So I began as an integration engineer at Epic. It really introduced me to both the inpatient and outpatient workflows that we now find very helpful at WELL.

After two years at Epic, I joined competitor AllScripts as a manager of software applications supporting a non-profit hospital and its two outpatient centers in Northern California. I had the opportunity to manage not just integration but also the clinical, business, and financial workflows and implement software applications to improve processes around patient care.

How did you find WELL?

One day a doctor came to me and said, “I have a friend who works at the hospital down the road, and they use secure texting. Why don’t we have secure texting here?”

I started doing some research and landed on WELL, which is pretty unique. It was the first time that I was exposed to a product that approached patient communication and engagement in the way that WELL does that, which was pretty exciting. While doing my job, I ended up finding my passion.

WELL had an opening as an integration engineer and I submitted my interest. It was a really scary decision because I had a really good job and was in a stable situation, but I knew I really need to be part of this. I accepted the offer and two weeks later my fiance and I relocated to Santa Barbara. That was 15 months ago. It’s been quite an adventure since then.

Tell me about the adventure.

At work, I’ve been able to see the team grow from maybe 20 people to 60 now. With growth comes challenges, such as being able to adapt to change very quickly and being able to deliver things as fast as possible and in the highest quality that you possibly can. That means sacrifices, such as long hours, early mornings, and working weekends. But you do it because you are passionate about the work that you do. You don’t often see it as work — you see it as something you really like doing and you just want to keep doing it.

What’s your favorite part about working at WELL?

What do you do outside of work?

One of the exciting things about moving here has been just enjoying the nature of Santa Barbara. The Bay Area is beautiful. It has amazing things. It’s also very chaotic and very stressful to try to commute anywhere, whereas working in Santa Barbara, you’re sort of in this little getaway space where you find lots of fun things to do. 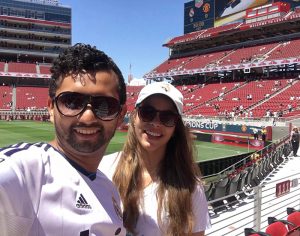 One of the first things my fiance and I did was to get motorcycles. We liked to go to the canyons and just ride around Santa Barbara on motorcycles, which eventually led me to an accident. I broke my leg and my knee, and I needed to get everything fixed and replaced pretty much. This led me to be out of the office for three months, where I was mostly working remotely.

I’m still in recovery mode. I have to follow physical therapy instructions.

Are those delivered via WELL?

No, they’re not, unfortunately. They’re on paper. They print them and hand it off to me. The recovery is up to 24 months.

Since motorcycles are out, what do you do now?

Monday through Friday after work you’re going to find me at the gym doing strength training and boxing. Weekends have really been everything outdoors, like hiking. I spent three months where I couldn’t walk — once you have that experience, you sort of learn to value the little things, such as walking.

What are some of your other passions?

Soccer is sort of my religion. I can’t play soccer right now because I’m not allowed to kick the ball. I follow La Liga, the first division league in Spain and the Premier League in England. While I was in college, I traveled around Europe to watch as many soccer games as I possibly could.

I used to play semi-professional soccer all the way to college. I competed in the Junior Olympics for Latin America in soccer. But I played under Panama, and not the United States, which is something my friends feel very strongly about, because when you have dual citizenship you can choose which one you go for. We spent a few months during the summer training in Toronto and playing and losing every game.

Did you have fun though?

Absolutely, I had a lot of fun.

You’re engaged, when do you plan to get married?

We don’t have a set date, but we’re shooting for June of 2020, and we want to have a destination wedding, like a very private small thing, something that fits us — mostly the beach and salsa dancing. So we’re thinking maybe Puerto Rico would be a good place for us.

Anything else we should know about you? Fun facts?

Many years ago I began working on healthcare reform in Panama — it’s pretty fascinating because it’s now become a reality. Sixty percent of the population in Panama comes from an indigenous background, and they are very autonomous. Because of the local culture and how remote some of these places are, one of the challenges is the lack of proper education and proper healthcare. Me and some friends started working on reform a few years ago and now it has been officially approved and budgeted by the Panamanian government to provide universal care to these communities — simple things like vaccinations, vitamin supplements, and healthcare centers for checkups, especially for children.♥