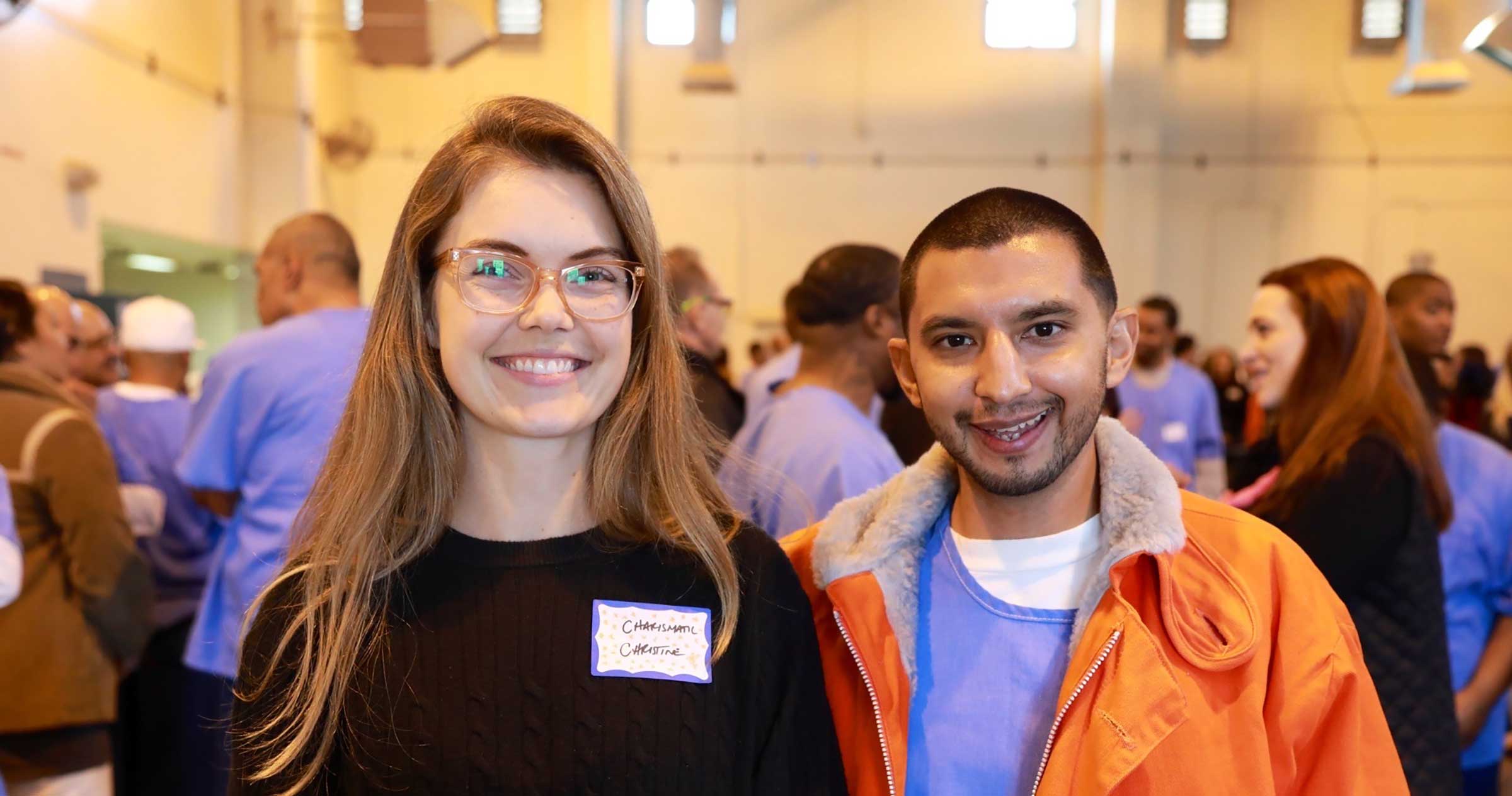 When WELL’s VP of Client Success, Christine Raby, walked through the doors of the California State Prison, she didn’t know what to expect.

Raby worked with a man who had served more than 10 years in solitary confinement.

“As I listened to him passionately pitch his business idea, I couldn’t help but feel inspired about the human possibility for change, and improvement — no matter what the circumstance,” she says.

She left the event with a deeper appreciation for how people are more alike than we are different.

Second chances for people after prison

For the majority of people leaving prison, the road to self sufficiency and success is fraught with challenges. Try finding a job or renting an apartment with a criminal history. As a result, as many as 75 percent of formerly incarcerated people enter the prison system again within five years.

Defy and similar organizations, such as Prison Entrepreneurship Program, The Last Mile, and Inmates to Entrepreneurs, seek to change that statistic by providing entrepreneurial mentorship. They offer skills training, business incubation, and career resources to people with a criminal background.

“If there is one perception of mine that has changed after visiting, it’s how I feel about second chances,” says Tom McIntyre, WELL’s VP of Operations. “Most of the people I met deserve more of a chance than they’re likely to get.”

Seth Sundberg, founder of The Inside-Out Bar, received entrepreneurial training from Defy following his release from prison. He says the experience was transformative.

“While incarcerated, I faced incredible feelings of worthlessness,” he says. “The prison system is designed to make you feel like you screwed up. It can be tremendously difficult to hold on to anything positive you can offer other people.”

He joined the first cohort of Defy Entrepreneurs in Training, EITs, in San Francisco a few months after his release.

“Entrepreneurship is difficult whether you have a criminal record or not,” he says. “I wanted to be around good people, those to help me, not just offer a handout.”

He created a protein bar after a particularly disturbing experience working in the prison kitchen.

“I remember handling a box of chicken marked ‘not for human consumption’, and this sparked a realization for me: even our food was telling us that we had lost our basic human dignity,” he says.

WELL has a similar perspective. Hard work, of course, is a driving value. So too is giving back and embracing human dignity. We do it every day for the staff who use the WELL platform and the patients who connect with their providers.

“At WELL, compassion is central to our ethos,” says McIntyre. “Volunteering in the prison entrepreneurship program provides a refreshing perspective to our leadership team. It reminds us to affirm the good in others because you never know the road someone else is walking.” ♥