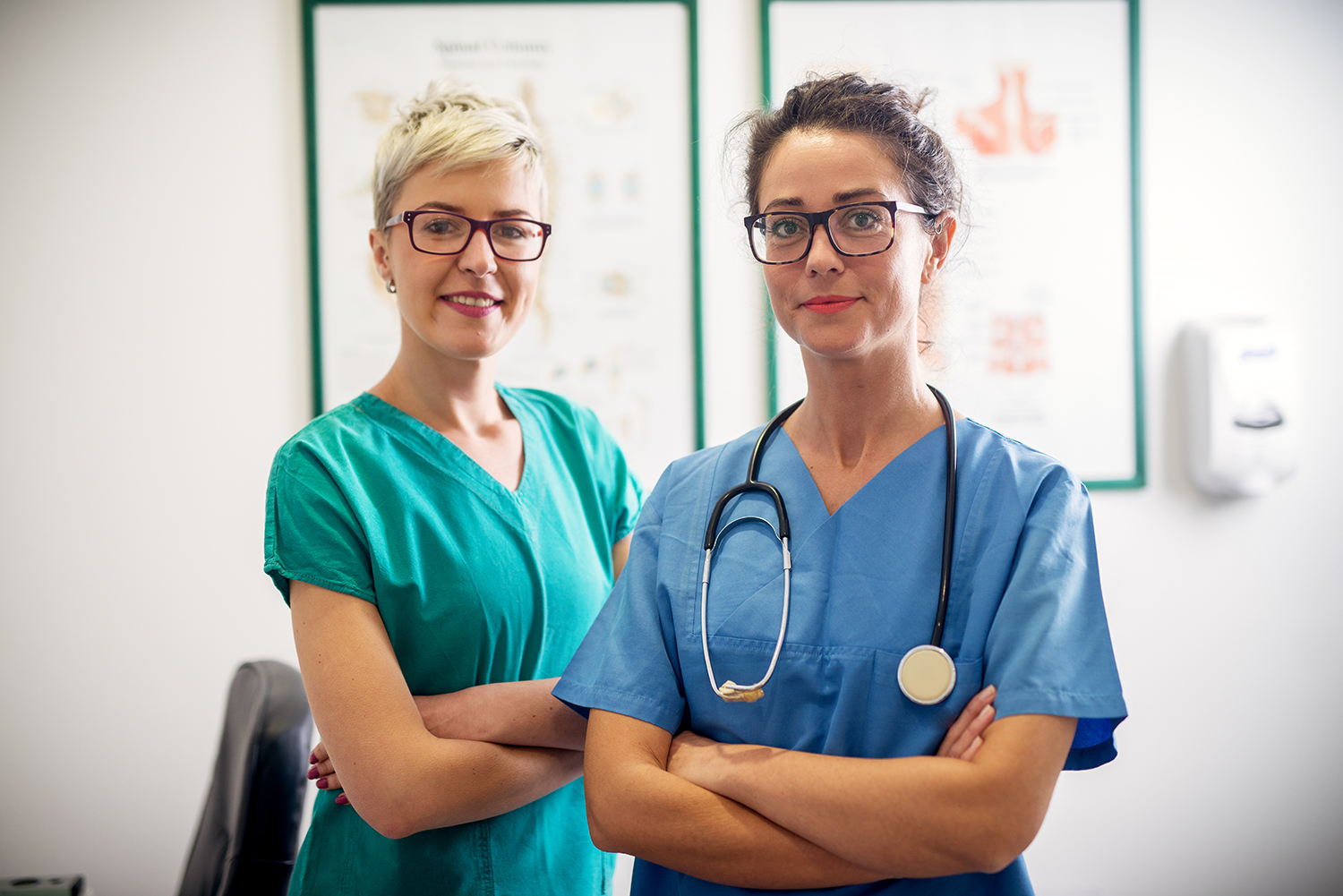 We don’t have enough women in healthcare leadership.

Here’s why we need them…and what we can do about it.

For Teri Fontenot, now the CEO of Woman’s Hospital in Louisiana, a career in healthcare leadership started with serendipity and a great mentor.

“I had no experience with healthcare, and no interest,” she said.

That changed when Fontenot applied for an accounting job at a local hospital, headed by a nun named Sister Anne Marie Twohig.

She took me under her wing; she’s the reason I’m in healthcare today…I refer to her as first my mentor and now my saint.”

Why the numbers are misleading

The number of women in C-suite positions is about 30 percent higher, overall. But according to Linda Kaboolian, a fellow at Harvard Law School and an instructor of public policy at the university’s T.C. Chan School of Public Health, that doesn’t suggest that those women are necessarily on track to a CEO role.

“Even if they’re in the corporate suite, they’re on the softer side,” she said. “It’s stunting women from moving into CEO positions, because CEOs tend to come from the more technical side of the house.”

Women have historically been underrepresented in business leadership, regardless of the industry.

“When people look at leadership, they’re looking at personal characteristics. Even when they’re more competent on objective measures, women are often not seen as leaders,” Kaboolian said. “And when women act in ways that leaders act, they’re often seen as unlikable, not as real leaders.”

But the rest of the business world has moved faster. “There’s a lot more change in corporate America than in hospitals and academic institutions. There are a lot of new startups, there are many more opportunities,” Kaboolian explained.

By contrast, “even though the face of medicine has changed, the metrics and processes by which we choose leadership have not changed,” said Lisa Rotenstein, a resident at Brigham and Women’s Hospital and researcher at Harvard Medical School. “There is a leaky pipeline. At every single rank, women are falling out of that pipeline.”

OK, so we’d probably be hard-pressed to find someone who didn’t think diverse leadership was inherently a good thing. But it’s not just about what’s morally right.

According to Rachelle Ferrara, senior director of Brasseler Medical and head of the career-development organization Professional Women in Healthcare, diversity is just good business. “More and more companies are starting to realize that when men and women lead together, there’s a higher ratio of return on investment,” she said. (Diversity in the workplace has also been shown to lead to more profitability, greater innovation, and faster problem-solving.)

Diversity is not just for the virtue of diversity; it’s diversity required by the very method of care

Patient-centered care, she explained, requires a strong understanding of the patient in context, which in turn requires diversity of perspective: “The medicalization of issues faced by women and people of color changes when they are treated, and the conditions are researched, by people who are more like the patient load.”

As an example, Kaboolian cites the issue of heart disease in women, which still isn’t particularly well understood—largely because it isn’t well studied.

But healthcare organizations that promote more men to leadership positions may be missing out even in more basic ways. As Rotenstein pointed out, female physicians perform better than their male counterparts in some measures. “But let’s say they were equal,” Kaboolian said, “If you were to overly pick from one [category] rather than equally, you’re going to take less competent people just by the law of averages. And very competent women are being passed over.”

What organizations can do

“It really does need to be about healthcare system action,” Rotenstein said. Organizations need to be “actually quantifying, figuring out who is occupying your leadership positions. Even if that data doesn’t look good right now, that’s the first step to rectifying” the imbalance.

Fontenot concurred. “They need to be intentional about it, have a sense of awareness, set goals about what they want their C-suite or board or middle management to look like,” she said.

“Realize who your customers and who your patients are. Nobody wants to be a token woman,” Ferrara said. But in addition, she said, healthcare organizations need to think about how—and who—they’re hiring. Are they focusing on hiring female candidates whom they already see as future leaders?

But women don’t just fall out of the healthcare pipeline suddenly, when leadership positions come up for grabs. Their work is being undervalued all along. Women are less likely to be nominated for awards or invited to speak; they also make less than men—even in traditionally female-dominated fields like nursing.

Rotenstein recently uncovered gender disparity in her own residency program. Male physicians’ work was more likely to be publicly announced and acknowledged—despite the fact that female physicians were equally prolific publishers. “You have to think about the sources of potential bias,” Rotenstein said.

And finally, according to Kaboolian, healthcare organizations need to consciously rethink their idea of a leader. The question of “whether or not this particular person fits my mental model chan change,” she said. “Those decisions have ripple effects down the line for the next woman poised to put herself forward for a promotion.”

All four of the women interviewed for this post said mentorship was vital to success in healthcare leadership. “Almost all leaders are developed by mentors,” Kaboolian said.

“I don’t think I’ve met a leader who hasn’t had someone help them, advise them, coach them,” said Fontenot. “They can share their experiences with you, help you make better decisions. And they can open doors for you.”

But mentorship is a fraught issue. For one thing, Kaboolian said, men in leadership positions are often reluctant to take on female mentees. “They’ll say, ‘If they were men, I’d have no problem about what to do next, but with these women I have no idea what to do.’”

What women can do

Women are often “just afraid to say ‘Hey, I want to go to the next level,’” Ferrara said. But knowing how to ask is important: “Do the research and be prepared to know what your options are. Then, when you get there, articulate that you’re a high performer and you want to take on a higher workload.”

And if the organization isn’t great about providing mentorship opportunities, Fontenot said, women need to ask for them. “Most people who would be mentors are not bold about finding people and saying ‘I want to mentor you’…you need to not be shy about it.”

But Rotenstein is concerned that putting the onus only on women isn’t a good way to effect change. “Female physicians and female scientists have been doing things differently for a long, long time,” she said. “There’s only so much that can get us.”

Instead, according to Rotenstein, the focus needs to be on organizations: “For real change to be made, we have to be looking at how our systems deal with these issues. That’s what’s ultimately going to move the needles.”

And the time is now, according to Kaboolian. The changing face of medicine—now in an era of seemingly unending new mergers and partnerships—offers new possibilities for female leadership. “A little bit of turbulence means that old traditional systems are being reformed,” she said. “That provides opportunities for people who haven’t necessarily been on the [leadership] track to find new positions.” ♥