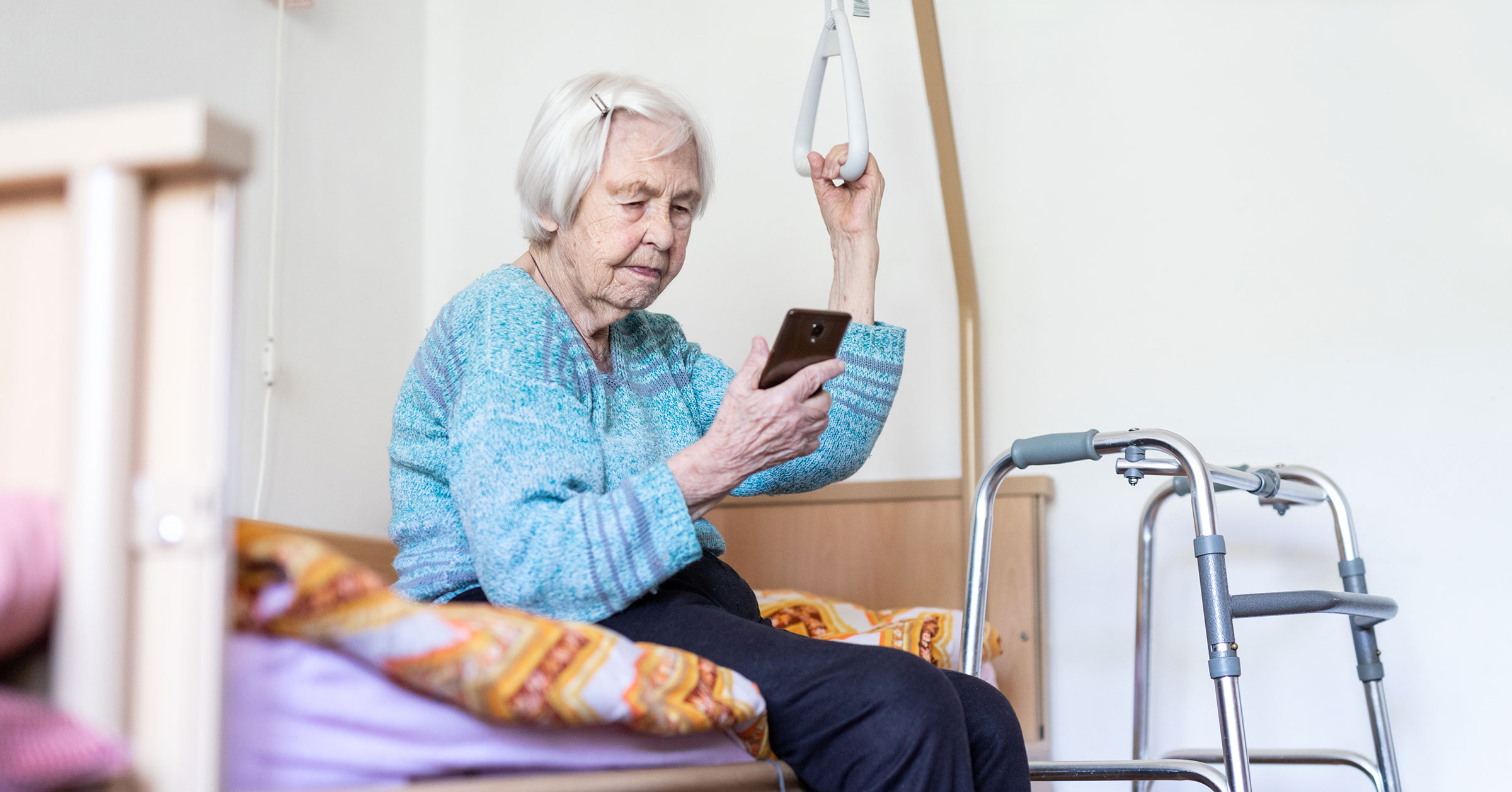 “We have known for quite some time that seniors are texting more than people expect,” says Guillaume de Zwirek, founder and CEO, Well Health Inc. “It’s gratifying to finally have real data behind this.”

The data includes adults ages 18 to over 80 receiving care at locations throughout the US. It analyzed response rates to text messages for more than five million appointments sent through the WELL patient communication platform from September 2018 to September 2019.

Adults ages 51 to 70 also had the greatest number of appointments, representing 36 percent of scheduled appointments.

The data showed a slight drop-off in response rates among adults ages 80 and older, about 10 percentage points lower than their peers who are a decade younger. 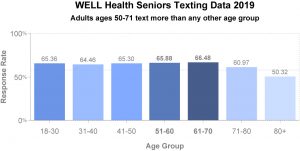 The results confirm what we have been hearing from our clients for years. More than 64 percent of patients served by Eisenhower Health in California’s Coachella Valley are over the age of 60. Before implementing the WELL platform, leadership at Eisenhower wondered whether seniors would embrace texting.

“What we found is that seniors text more than people believe, especially those who are moving here to retire from other areas,” said Vianette Hernandez, Project Manager, Patient Ambulatory Access.

Eisenhower achieved an impressive 69 percent response rate after implementing WELL. Not only are their patients receiving and responding to text messages, they’re also acting on them. Eisenhower saw a 23 percent growth in appointment confirmations and a 40 percent reduction in no-shows. Implementing texting also improved staff workflow, resulting in an 88 percent reduction in phone call volume.

De Zwirek says there are a lot of misconceptions around seniors and what they do and don’t do. Many people think they won’t adopt new digital technology and they don’t text.

“This is something that I heard in 70 percent of my meetings with hospital executives and administrators, but there was no quantitative data around that,” he says. “For the longest time, I took those beliefs at face value.”

“We’ve sent over 100 million messages. Now for the first time, we have a data set showing seniors really are just as engaged in modern communication channels to manage their health care,” de Zwirek says. ♥