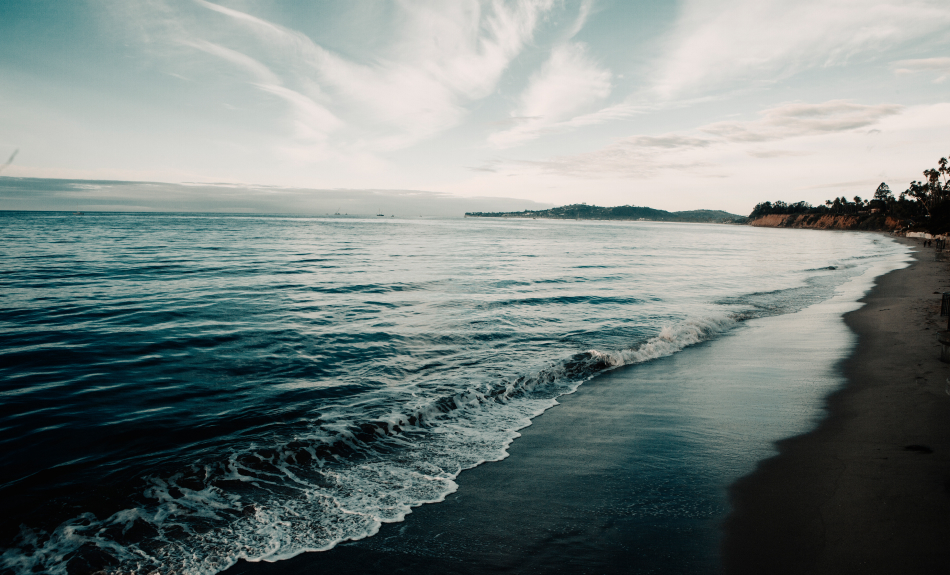 If you’re not living (and working) in Santa Barbara, you should be

Santa Barbara is famous as a vacation destination.

Here’s what people don’t know: it’s also a place where entrepreneurial spirits launch amazing companies and stellar careers. We just do it in wonderful weather.

One-on-one meetings often mean a walk to the beach, not a sit-down in the office. Team activities may just take place on the lawn of Santa Barbara’s gorgeous historic courthouse. We spend weekends biking and camping in the mountains that frame the city, and we may just opt for a staycation instead of heading somewhere new and exciting.

But WELL didn’t begin life on the South Coast.

We opened our first office in Redwood City, in the heart of Silicon Valley. Which, I quickly realized, wasn’t the right thing for the company—or for our team.

Put simply, the Bay Area was overcrowded with way too many people willing to make crazy commutes. Even though our office was right on the train route, some of our team still had to travel more than an hour and a half just to get to work. And the cost of living was out of control.

In addition, turnover is a way of life in Silicon Valley. But it wasn’t what I wanted for WELL. I wanted to build a community of people who were happy to be there and excited to spend their careers at the company. And since I’d put my life savings into this new endeavor, it didn’t seem fiscally responsible to be pouring money into one of the priciest zip codes in the country.

It’s not exactly known for its low cost of living, but it was definitely more reasonable than Silicon Valley. And, as I quickly found out, it offered many of the same things—culture, talent, a tech-friendly community where that talent is valued and cultivated—along with its own (significant) charms.

I know why I moved the company here. But I was curious why so many of my employees had jumped at the chance to put down roots in this city—so I asked them. Here’s the final rundown: seven reasons why you should stop what you’re doing and move to Santa Barbara. Immediately.

Santa Barbara may be more famous for beaches than breweries, but things have changed in the last few years. Expats from San Francisco and Los Angeles have remade Santa Barbara to suit their needs, so you’ll have your pick of award-winning restaurants, artisan watering holes, and incredible performers.

“It has the intrigue of a bigger city in terms of culture and restaurants,” said Kellie Lincoln, a WELL account executive. “But the nature, lifestyle, and overall feel of this town forces you to be more relaxed.”

Tom McIntyre, WELL’s chief of staff, agreed: “My fiancée and I like the feel of a city: being able to walk to coffee shops, stores, and restaurants. But we love not being so trapped in one place that it takes us two hours to get to the beach or a hiking spot.”And if you find yourself missing smog and overcrowding, Los Angeles is just a day trip away.

There’s a reason CNBC dubbed the South Coast “Techtopia.” The city is home to a thriving industry that includes major players like Amazon, Inogen, AppFolio, Sonos, and Procore, along with a range of smaller startups.

“There are so many smart people here, and there’s a flourishing entrepreneurial community,” said Rob Curtis, our group product manager. That means you’ll be part of a large, high-energy group of startup employees—and have plenty of company at happy hour.

And Santa Barbara’s smaller talent pool means you’ll have a competitive advantage. We know amazing people when we find them, and we’re smart enough to hang on tight.

“The people are amazing,” Rob said. “It reminds me of a midwest town, transported to paradise.” That competitive, tense atmosphere I associate with big cities is nowhere to be found in Santa Barbara. Locals are laid-back and outgoing, and there’s plenty of everything—beaches, parks, outdoor tables—to go around.

“In LA, you fight at every intersection and play defense; you’re always on guard and in fight-or-flight mode,” said Tom Christensen (known as TC), WELL’s head of marketing. He’s currently in the process of moving his family up to Santa Barbara. “Here, people wait patiently, they say ‘hi’ to me. It has a positive impact on my standard of living.”

OK, so life in Santa Barbara isn’t exactly inexpensive. But it is cheaper than San Francisco—or the nicer areas of LA—and you get a lot more in return: Gorgeous weather. Stunning landscape. Spacious housing. A walkable downtown. The envy of pretty much everyone you’ve ever met.

“This was a place that I vacationed in with my fiancée; we spent an anniversary here,” Tom said. “We never imagined that we could live in a vacation destination full-time.”

“The schools are far better than in LA,” said TC, whose son is about to enter kindergarten. “They’re managed in a way that is higher quality and more communal.”

Kid-targeted activities abound. Santa Barbara has a large network of playgrounds, along with a natural history museum, exploration museum, large botanic garden, and zoo. Local restaurants seem to love kids, who will frequently find gourmet menus intended just for them. Add welcoming beaches with gentle waves, and you’ll never run out of fun things to do.

And if your family includes a fur baby? They’re welcome too. “We bring our dog Casper everywhere, even Bed Bath & Beyond,” said Ali French, WELL’s senior sales operations and events manager. Santa Barbara has a dedicated dog beach and several dog parks. Many restaurants have patios intended for dog owners, and some will even put out a water bowl just for you. Don’t forget: Dogs are family at the WELL office, and we love having them around.

Those fantastic restaurants we talked about? There’s no two-week wait, no endless line, no snobby waitstaff. “The food scene here is more food and less scene,” said TC. “You can actually go back and become a regular at great restaurants.”

The same goes for the city’s cultural offerings. UCSB’s Arts & Lectures series brings in world-class performers, and the Santa Barbara Bowl hosts the biggest names in music. The city has its own (respected!) symphony, dance company, and historic theaters. There’s a great indie music scene and some fantastic stand-up comedians (including WELL engineer Nate Diamond!).

But the hype just isn’t there—which means the competition isn’t, either. You’ll get tickets to your show, a table at your restaurant, and a spot at your bar. For a Bay Area expat, that’s pretty opulent. And speaking of opulence…

There’s a lot of wealth in Santa Barbara, no question about it. The area is home to six different five-star hotels, some wildly expensive designer boutiques, and homes that range into the tens of millions (I’m looking at you, Montecito).

That’s a small minority, and most of Santa Barbara is approachable and down-to-earth. But we all benefit from the things that make Santa Barbara a luxury community: Pristine beaches. Safe neighborhoods. Carefully-preserved nature. Stunning architecture. They’re open to everyone—and we’re better off for it.

Ultimately, it’s Kellie who said it best. “There’s a beautiful simplicity to living in Santa Barbara that is unmatched anywhere else in the world,” she told me. “If you find a good job here, you’ll have the rest of the world beat.” ♥