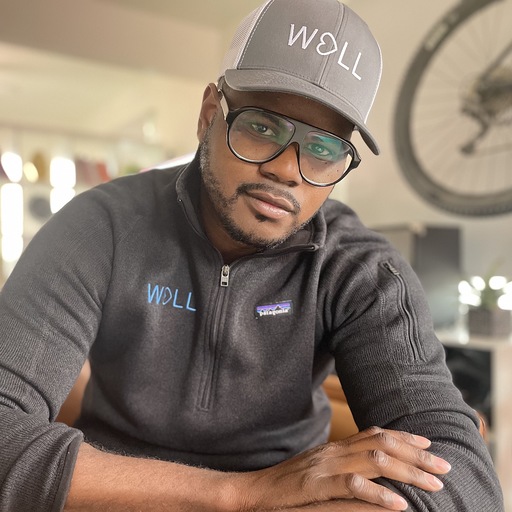 Jamar Jones is a Senior Sales Engineer at WELL™ Health —  a unique role that sits at the intersection of sales, backend engineering, and WELL’s customers. His goal at WELL is to make the product the optimal fit for each customer’s specific needs. Jamar shares his career background and the journey to his current position.

How would you describe your role and how is it different from other types of engineers?

When you sell a technical product like WELL™, it’s important that all of the right technical questions are asked and explored to ensure the technology is the right solution for a customer – or potential customer. I am essentially a technical consultant who engages with our sales and engineering teams to ensure the WELL product is the right technical fit for the customer and their needs. It is a unique hybrid role so I work across teams to make sure everyone is happy throughout the sales process.

What is your favorite part of your current role?

What I like the most about my position is that I get to streamline patient-provider engagement via the WELL Communication Hub. Being someone who has had multiple major surgeries, I wish I had the ability to communicate with my doctor and staff via a simple text message. What I like most about sales engineering is that I get to talk to a multitude of people and help them solve their largest challenges. Every day presents a new puzzle to solve and as someone who does not like monotony, it’s a match made in heaven.

How did you come to work at WELL?

I was looking to make a shift in my career and the biggest factor was moving into a field where I knew I could make a tangible social impact. Because of my surgeries, I’ve seen the deficiencies in healthcare and after reading WELL’s mission, I knew I wanted in. What really excites me about WELL is how it allows patients to communicate with their provider in a way that’s convenient to them; through text.

Looking back at your journey to becoming a Senior Sales Engineer, what moments or steps were the most monumental in your career?

I don’t have a solid, defining moment. Steve Jobs actually explained this perfectly. As you live life, you create dots and these dots are often different skillsets e.g. presenting, whiteboarding, technical aptitude, etc. You don’t know how these dots correlate but someday in the future, it’ll all make sense. So to make a long story not so long, I basically honed the skills that serve me as an SE over the course of my entire life and then two guys, David and Jared. took a chance on me and allowed me to move into the role.

What excites you about working at WELL?

I love the culture! I’m a very serious person with a strong sense of humor and for that reason, I think I fit in at WELL. We always put our work first, but we also understand that we spend more time at work than anything else so we should do our best to make it enjoyable. What I also like is the fact that WELL is fostering a community where everyone feels welcome and can voice their opinion. Diversity and Inclusion aren’t buzzwords here, they’re actual values the company employs every day and you can see it and feel it.

You led an amazing Black History Month Education Series here at WELL. What were your key takeaways from this series?

I realized that people don’t know much about Black American History. The U.S. Government (federal, state, and municipal) has yet to make amends for the grave injustices done to Black Americans and so instead of addressing this, they sweep it under the rug. As a result, we see the erasure, sanitization, and denigration of our story in the educational system and every other institution under the direct control or influence of the U.S. Government. It was great being able to educate people and show how Black Americans are majestic, family-oriented, loving, caring, and gracious. But we are impacted by a non-stop and current day covert attack on all aspects of our well-being.

What do you mean by “sanitizing a message”?

Let’s discuss Martin Luther King Jr…one of his most impactful speeches was when he spoke about how the U.S. Government gave land, cash, training, and loans to White Americans but then these same people turned around and told Black Americans to lift themselves up by the bootstraps. After highlighting how preposterous this was, King very declaratively stated: “We’re coming to get our check” which is basically saying, “We’re coming for our reparations.”

Do we ever hear about this Martin Luther King Jr.? No. All we hear is “I have a dream” which reduces our historical ills down to “Black Americans not being able to sit at a lunch counter next to a White person” and allows the U.S. Government to pretend as if we’re making progress towards a goal that Black Americans themselves have set. This ends up sanitizing MLK’s message by ignoring the fact that he spoke to the wide-scale disenfranchisement and demonization of the Black American population and how the government has done nothing to reverse it.

If someone wrote a biography about you, what would the title be?

I would like it to be, “The Black James Bond.” He’s rough and rugged; not afraid to get his hands dirty, but finishes the day in the freshest attire, and with a martini, shaken not stirred.

And what actor would play you in the movie of your life?

I would like Denzel Washington to play me. I don’t know if I have enough material for him to do so, but he would nail it.

You are hosting a nice dinner and you have to invite three famous people. Who would you invite and why?

I’m all about great conversation so the first person would be Malcolm X. The second would have to be Frank Sinatra as he was a rebel that was not afraid to do things his way even if it could have cost him everything. I would also invite Dean Martin so that those two could feed off each other in dialogue. I know I can only choose 3 but the last person I would like to add would be Imhotep, one of the founding fathers of Math and Science. ♥