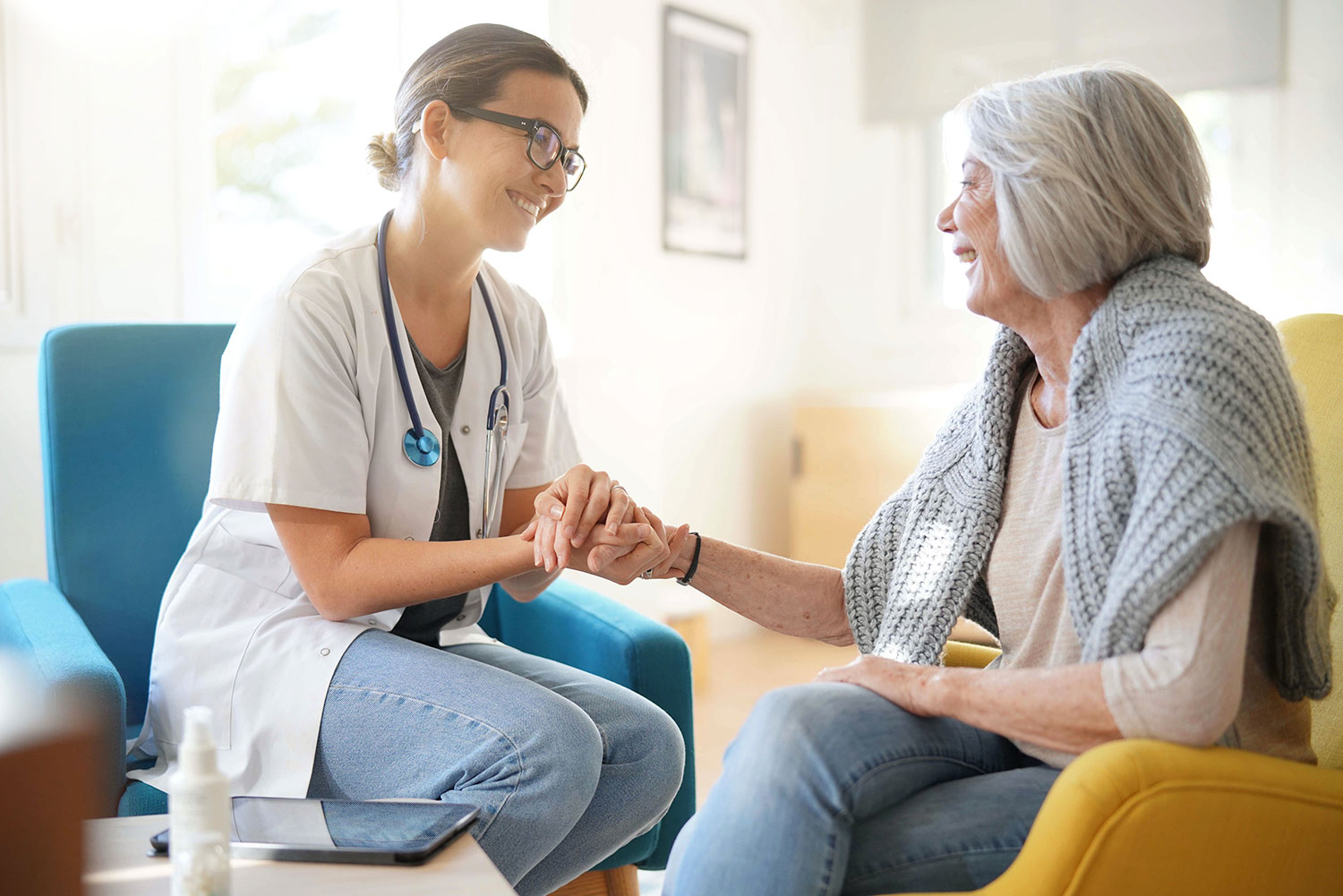 How Compassion Can Help Your Bottom Line

In an era of hectic medicine, Compassionate Care feels like the ultimate luxury.

After all, the evidence shows that physicians are spending two-thirds of their time on paperwork—not with their patients. Medical professionals, from MDs to front-office staff, are run off their feet. Should compassion—rather than accuracy, or countering the epidemic of physician burnout—really be at the top of our priority lists?

Absolutely, say the experts. In fact, compassion can help counter many of the problems a health system faces…and it doesn’t have to be a major time investment.

The case for compassion

“Compassion does have meaningful and measurable effects,” said Stephen Trzeciak, chair of medicine at Cooper University Health Care and author of Compassionomics: The Revolutionary Scientific Evidence that Caring Makes a Difference. “It’s not soft, it’s not mushy, it’s not touchy-feely. These are scientific facts.”

“A lot of different studies show that when patients feel cared about, and you scientifically isolate just the factor of how caring and compassionate the doctor is, patient outcomes improve,” said Jennifer Mascaro, a professor at Emory University School of Medicine. Research has shown that patients with empathic doctors do better with chronic diseases, are more likely to speak openly about their symptoms, and report higher adherence rates to medication.

And, perhaps not surprisingly, compassionate care “translates into better HCAHPS scores,” said Laura McClelland, a professor of health administration at Virginia Commonwealth University. In a healthcare market that’s moving increasingly toward value-based payment, that’s a remarkable incentive in itself: “It has direct financial bottom-line implications for healthcare organizations,” she said.

Patients aren’t the only ones who benefit. McClelland said that, when organizations actively encourage compassion—towards both patients and hospital staff—“it’s positively associated with employee well-being. They report lower levels of burnout, and higher levels of psychological vitality.”

That’s not just a nice perk. According to McClelland, burned-out medical staff are a serious problem: they present both a liability and a financial burden. “They’re not fully present, they’re missing cues, they’re going to make mistakes. There’s a safety concern,” she said. In addition, physician burnout is pricy—often adding up to more than $1 million per doctor in lost billing, recruitment expenses, and other costs.

So the benefits are pretty clear for patients, medical staff, and health systems alike. Why, then, do only half of patients find the healthcare system generally compassionate?

In part, it’s that issue of overstretch. Fully 56% of doctors say they don’t have time to be empathetic to their patients.

But, said Trzeciak, it’s also just the culture of medicine. “‘Don’t get too close to patients because you’ll be at a higher risk for burnout’: That’s a historical teaching that was probably propagated throughout generations of physicians. It’s not part of the core curriculum, but it’s part of the hidden curriculum of medicine,” he said. “The problem is that it’s just not true.”

Mascaro concurred. “It’s pretty clear that caring too much never shows up as a factor that affects burnout,” she said. “Things like being understaffed, too high a turnover, the EMR—those are the things that, in study after study, really seem to affect burnout.”

Cultivating a culture and environment of gratitude in healthcare also helps to reduce burnout in staff, balance negativity and ultimately, improves patient care.

So what to do? For one thing, said Trzeciak, we need to realize that it doesn’t take much time to show compassion: “Rigorous scientific evidence shows that it takes about 40 seconds to develop a connection with a patient.” Medical staff also need to learn that compassionate behaviors can be taught and learned. “The evidence is clear that everybody can get better, can learn to communicate compassion to patients,” he said.

McClelland and Tim Vogus, a business professor at Vanderbilt University who studies health systems, say there’s a lot that healthcare institutions can do to encourage compassion towards patients and providers. They can begin with the hiring process, seeking out people who know how to practice empathetic behavior and view it as a high priority. Compassion can be encouraged and rewarded formally through awards like the Daisy Award.

Healthcare organizations can also provide opportunities for staff to show compassion to one another—such as through vacation or hardship fund donation programs, designed to help coworkers get through tough times. And last but not least, they can show compassion to their staff members directly by offering forums and resources—like a chaplain—to help staff members to process personal or professional trauma.

It’s important that the healthcare organization itself feels responsible for creating a culture of compassion, explained Vogus. “The way organizations typically approach these questions is to say ‘Be more compassionate,’” he said. “It’s almost treated as though the absence of these things is a personal failing, not about creating the conditions that enable and sustain this kind of behavior.” ♥