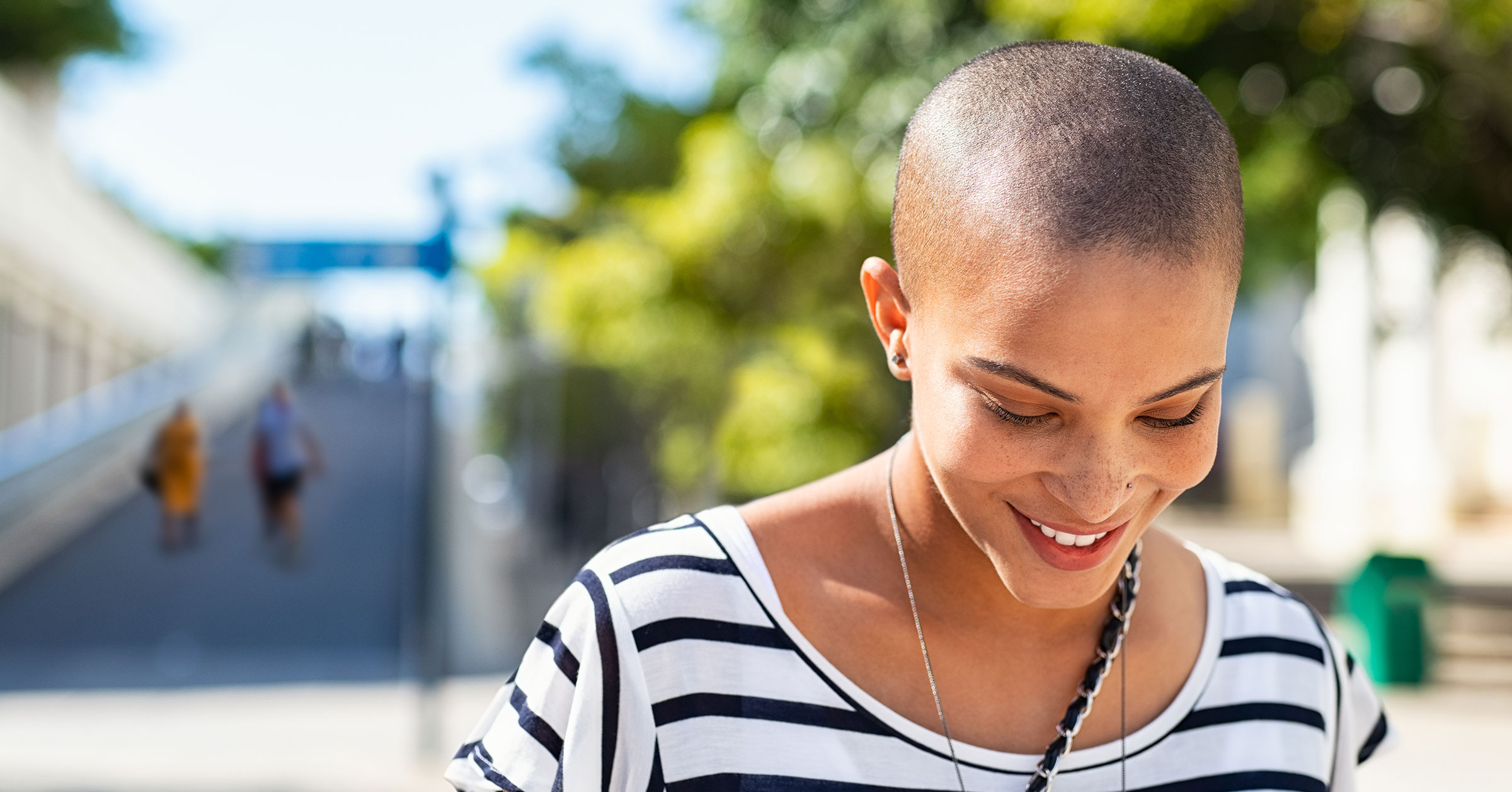 Seven years ago on a cool December morning, Jamie Kastelic woke up with an overwhelming sense of anxiety.

She begged her husband to stay home from work with her and their two children. The young mom had recently finished breastfeeding her second son when she noticed a small lump in her right breast. The nurse practitioner at her OBGYN’s office encouraged her not to worry — she was young and healthy. Nevertheless, she ordered an ultrasound and then a biopsy.

A few days later, her doctor called. “I have really bad news,” he said. “You have cancer.”

“The first thing I thought was, ‘I have two little boys,’” Kastelic recalls. “It was terrifying.”

In a tailspin of terminology

At her first oncology appointment, Kastelic received a binder with names of doctors and volumes of reading material explaining stages of the disease, tumor grades, and treatment options.

“I had a ton of questions,” she says. “Cancer wasn’t on my radar. Until you’re diagnosed, you don’t know a lot about it. You’re bombarded with information. Even the language, you’re not used to all of the terms.”

She remembers explaining her diagnosis to a family friend who is a doctor. She told him it was “oncl carcinoma.” He had never heard of it. He asked if she meant “ductal carcinoma.”

“No, that isn’t it. Maybe it’s so bad that you’ve never even heard of it!” she recalls saying. “The terminology, it’s a crash course — you’re in a tailspin.”

According to research published in the journal The Breast in 2013, one in three patients could not define the terms “benign” and “malignant“. A later study found that the majority of patients receiving chemotherapy said even the word “chemotherapy” was confusing. So too were port, adjuvant, and neuropathy, among a myriad others.

These might seem like basic terms to a provider who uses them every day. But to a newly diagnosed cancer patient, they’re yet another scary unknown.

“Education must be incorporated as a routine part of the consultation to enhance the patient experience and ensure they can actively participate in making informed decisions about their care,” authors of The Breast study said.

For Dena Taylor, finding a provider with a good bedside manner was non-negotiable. Diagnosed with breast cancer a month before her fortieth birthday, Taylor underwent a bilateral mastectomy, six rounds of chemotherapy, and five years on tamoxifen.

“I needed to know they cared. Some patients say they don’t care about bedside manner, as long as the results are good — ‘just get that thing out of me!’” she says. “I say, you deserve both. You have cancer, for god’s sake.”

Researchers in the Journal of Oncology Practice observed that compassionate care and empathy improve patient outcomes. They identified six types of kindness in cancer care:

These constitute “a powerful and practical way to temper the emotional turmoil of cancer for patients, their families, and clinicians themselves,” the researchers concluded.

Having an empathetic oncologist had a lasting effect on Taylor.

“I really liked him the moment I met him,” she says. “He was/is human. He made me feel more confident in my choices.”

Taylor writes about him in her recently released book, I Don’t Wanna Be Pink, where she explores her cancer journey with humor and bracing realness.

“A nurse navigator is the best thing you could ever have,” Kastelic says. “She went above and beyond anything she actually needed to do. She talked to me after hours, provided insight, and broke down barriers, which is especially helpful if you can’t get in touch with your doctor.”

In a 2014 study published in the Journal of Clinical Oncology, researchers observed that patients who were assigned to a nurse navigator reported significantly higher scores on the PACIC. They also reported significantly fewer problems with care, especially psychosocial care, care coordination, and information.

“A navigator has the opportunity to be there, to be still, to listen, and to ensure they understand that there is someone there to help them,” says cancer nurse navigator Bernadette Lucas-Burch at Salinas Valley Memorial Hospital. “There’s a person to call. Mapping out those next steps.”

Communicate in a way that works for your patients

When Taylor’s oncologist said she could communicate with him by email between appointments, she was pleasantly surprised.

“That blew my mind. I had never emailed with any provider before,” she says. “You call a doctor’s office and leave a message with the staff. Then they call you end of day when you’re commuting and you can’t take the call. It’s maddening.”

There’s a limit though — technology shouldn’t replace human connection. Early in her treatment, one of her friends was also diagnosed with breast cancer. She was referred to a well-regarded surgeon. Taylor attended one appointment with her friend. “Her doctor was so aloof,” Taylor recalls. “She left her diagnosis on her voicemail.”

While Taylor acknowledges that her friend may have indicated that it was okay to leave a voicemail, a cancer diagnosis seemed like a weighty exception.

For Kastelic, aggressive treatment was the only option. She opted for a bilateral mastectomy followed by chemotherapy and an oophorectomy.

“When you have kids, you say, ‘I will do anything to watch these kids grow up,’” she says.

When she presented her questions and concerns to her doctor, she felt like he validated her perspective without adding to her fears. “He doesn’t minimize what I say,” she says. “If I tell him something, he doesn’t make me freak out either. There’s a good balance.”

She encourages providers to take patients’ worries seriously — even when they seem unfounded. “This is an emotional thing,” she says.

Taylor also found empathy and validation from her doctors. She recalls telling her reconstructive surgeon about her upcoming mammogram — her first since finishing chemo. Sensing her apprehension, her surgeon said, “I can see you’re nervous about another test. You can come in here and talk to me anytime you want.”

Healing in your own way

For many people diagnosed with cancer, joining the breast cancer movement brings inspiration and a sense of belonging. It’s also a way to give back.

For Kastelic, now more than six years cancer free, involvement in breast cancer causes is an important part of her journey. She has volunteered with numerous nonprofit groups, including Living Beyond Breast Cancer and the Susan G. Komen Foundation, and spoken at many events. She also started a line of non-toxic personal care products.

Taylor has a different approach. She forgoes the cancer walks and the pink ribbon campaigns and looks for alternative ways to give back, including supporting others who are touched by cancer.

Nevertheless, she says of the movement, “If it works for someone else, if it brings them joy, confidence, and comfort, how dare anyone steal that?”

Every patient is different

Overall, both women appreciated the empathetic communication their providers displayed.

Taylor remembers a particularly poignant moment during her treatment. A team of nurses attended to her and several other patients receiving infusions. They were packed into a crowded room. She marveled at the nurses’ ability to care for each person — each with unique needs, each with a different prognosis, each with different side effects and reactions to their treatment.

“They’re doing it all day. It can’t be the easiest job,” she says.

To her, it was a well-choreographed dance — a fitting metaphor. ♥